On this special segment of the Full Ratchet, “Why I passed” is addressed by:

Each investor highlights a situation with a startup that they decided not to invest in and why it was that they passed.

FULL TRANSCRIPT
*Please excuse any errors in the below transcript
Nick: So for this installment of Why I Passed, we are speaking with Troy Henikoff. Troy, can you tell us a story of a startup that you chose not to invest in, why it was that you passed, and if there was a key learning that now informs your approach?
Troy: Yeah, so I’ve got a great example. So, 2011, we had whatever hundreds of applications and read through them and called their interviews in and announce our class and right after we announced our class, I got an email from someone who said “Hey, I applied, didn’t get it, but I was wondering if you had twenty minutes and would meet with me anyway.” And I said sure. About building community, I always meet with these folks. Guy’s name was Jeff. So I meet with Jeff and he starts telling me what he’s doing, and it’s sounding amazing. He has a product in ed-tech where he’s getting students to answer questions online and his traction is phenomenal. At the time, I wanna say he had a couple hundred thousand students a month coming to his site and—site is called No Red Ink—and so I said “Wait a minute, why didn’t we interview you? This sounds great!” and so I immediately go to his computer and look up his application.
Turns out that in the application, he’s a single founder, reason number one we wouldn’t consider him. He has no technical experience or technical cofounder, reason number two we wouldn’t interview him. He’s a Chicago public school teacher, never built a startup, never been an entrepreneur. He had no traction listen at all, it was just an idea. By what was on paper—or online in this case—there was no reason we would’ve interviewed him. When I met him in person, unfortunately after the application process was done, I was enthralled, and—so enthralled I actually made a personal investment. I angel backed him.
But he, today, I don’t know what the public numbers are now, but he ended up going to an education accelerator on the west coast, he’s based in silicon valley, has millions of millions of students going on every month and answering questions about grammar. He’s backed by Google Ventures. He’s a phenomenal “do well while doing good” story, and we missed it. And it’s kind of bittersweet, because I feel like we missed it, but none of it was in the application. There wasn’t anything to miss. But we really missed a great opportunity. And he’s a really great guy and it’s a great company and I wish them a ton of success.
___________________________
Nick: So for this special segment, we are talking with Jerry Neumann. Jerry, can you tell us a story about a startup that you chose not to invest in, why it was that you passed, and if there was a key learning that now informs your approach?
Jerry: I choose not to invest in most of the startups I see. I think, like more investors. And I really look for companies that fit the sector that I know best. So where I know the customers, where I understand where the company fits into the ecosystem. I think companies where I don’t really understand the customers and what will get them to get their checkbook out, I just don’t invest in.
__________________________
Nick: Today we are speaking with Rob Go of NextView Ventures. Rob, can you tell us a story of a startup you chose not to invest it, why it was that you passed, and if there was a key learning that now informs your approach?
Rob: Yeah, so there is a company here in Boston called Crashlytics, that was led by two terrific guys, Jess Seibert and Wayne Chang, and we ultimately didn’t pursue an investment with that company largely because we had a hard time figuring out sort of what was the big sustainable enduring business that was going to emerge out of what started out as a developer tools company focused on crash reporting. And there was a story around how getting embedded into the developer ecosystem was gonna pave the way for other opportunities down the road, but VCs like call these investments bank shots, or two-step deals and are often reticent to invest in those companies.
Ultimately, Flybridge and Baseline did invest in that company and it was ultimately acquired by Twitter for a very nice number and a great IRR, for sure. And part of my learning there is two-fold. I’d say generally, when I’ve made an investment decision that I’ve regretted, it’s because I either underestimated the team or—not underestimated the team but sort of forgot the power on nature of great teams. Like the great, great teams are no fifty percent better, they’re five to ten times better at certain attributes.
And I would say that this is a team that was technically excellent and from a distribution standpoint an ability to build raving fans within their ecosystem was probably ten times better than most teams out there and proved it, right. And so that was a learning there. And it’s a constant learning, right, it’s the extent to which there is a power law distribution to the quality of great, great founders.
Nick: Are there certain characteristic in that team that you look for?
Rob: Yes. So it’s—I’d characterize it as an insane level on focus on excellence and distribution. And everyone kind of says that and every founder talks about being distribution focus but…not like these guys.
Nick: Yeah, one of the best tips I’ve gotten from fellow investors that had success was don’t just look for passion, look for obsession.
Rob: Mhm, right. That’s a good descriptor. 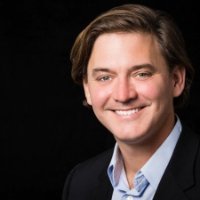