Jeffrey Carter (part 2) where we finish the discussion on Valuation and also address ethics, and the Midwest Venture Environment. 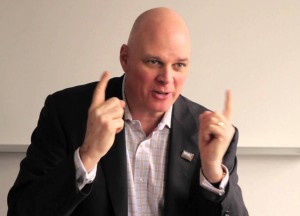 I wanted to highlight a few quotes:

2- On advice to new investors: “Get your hands dirty. Don’t be afraid. As a trader you can paper trade, but it’s not the same thing. If you want to angel invest, the best thing to do is make some investments, because it helps you learn.”

3- On successful angel investing: “Angels don’t do well as a lone-wolf. They do better in packs. You can get picked-off in later rounds by VCs if you’re a lone wolf. You can get watered out of a cap table. You’re better off in a pack.” The last thing I wanted to recap had to do with Exit values. While Jeff’s example, was specific to the midwest, I don’t think it matters where you are, if you are investing in startups that have modest exit potential. So, if you’re investing in a company where your top exit value will be $50-80M… you can’t take VC money and you really can’t even involve VCs. Need to look at investing and exits in a different way. Jeff mentioned that John Huston, current head of the ACA, has an approach to do this… so we will have to get him on the show to fill us in on it.

Tip of the Week: Pro-rata as a Right, Not a Privilege