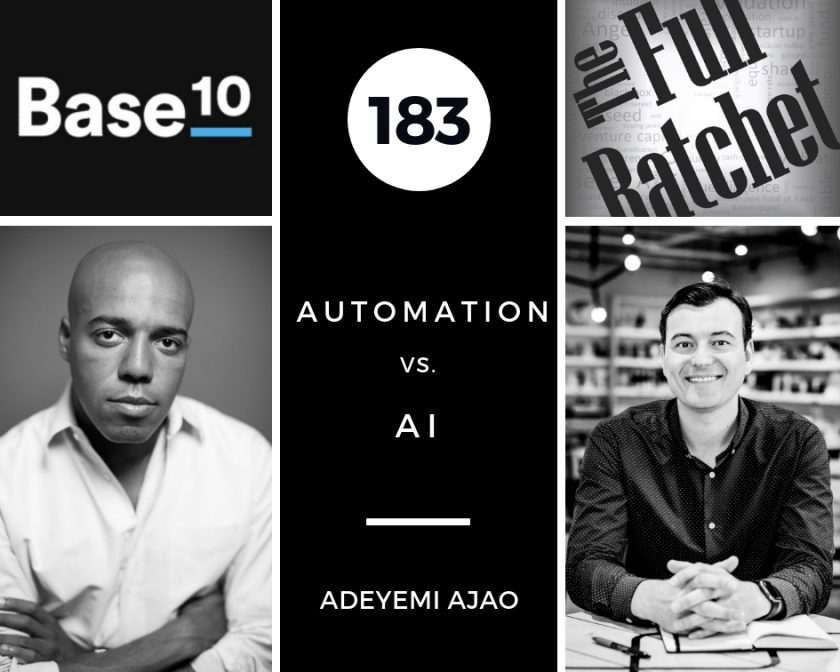 Adeyemi Ajao of Base 10 Partners joins Nick to discuss Automation vs. AI. In this episode, we cover: