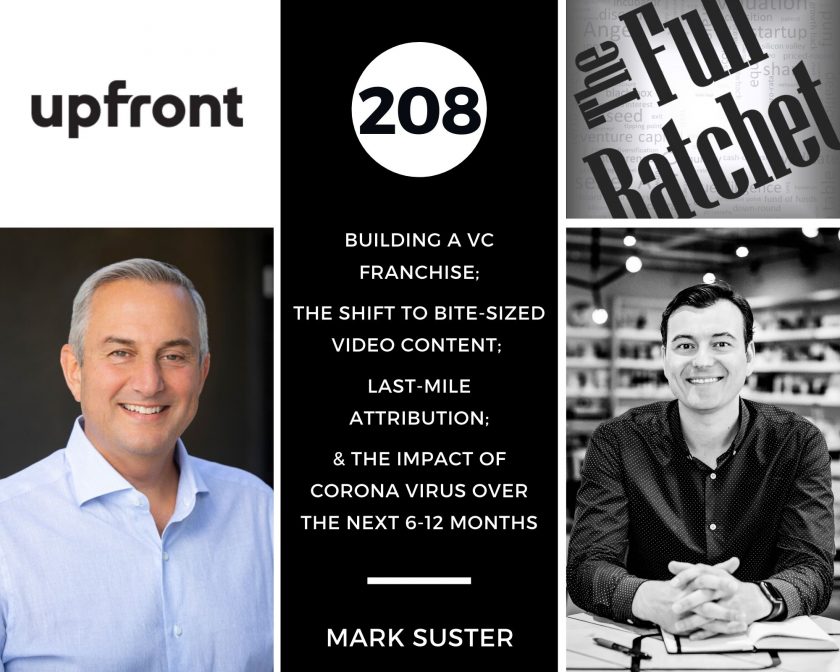 Mark Suster of Upfront Ventures joins Nick on a Pre-Crisis chat to discuss Building a VC Franchise; The Shift to Bite-Sized Video Content; Last-Mile Attribution; & the Impact of Corona Virus Over The Next 6-12 Months. In this episode, we cover: