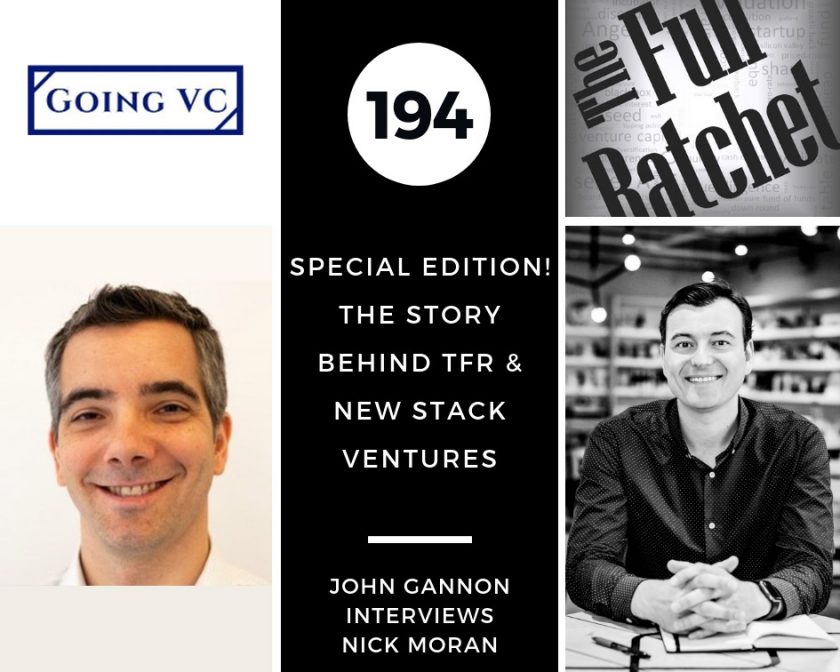 John Gannon of Going VC interviews Nick to discuss The Story Behind TFR & New Stack Ventures. In this episode, we cover:

Just finished listening to most of the back episodes of @TheFullRatchet podcast (full episodes), a must for anyone in the ecosystem, inspiring, thoughtful and educational

Been re-listening to @TheFullRatchet while walking the dog lately. Lots of good gems in there for founders and investors alike. If you're raising money for your first time, go listen to episodes 1-15 pronto and send thx to Nick Moran for the cheat sheet. itunes.apple.com/us/…

I can’t push @TheFullRatchet enough - it’s a great podcast on investing, everyone i tech should be listening to it. twitter.com/Guarante…

As someone who invests public $$ in startups, listening to @TheFullRatchet has been fantastic. Next up is the cleantech episode.