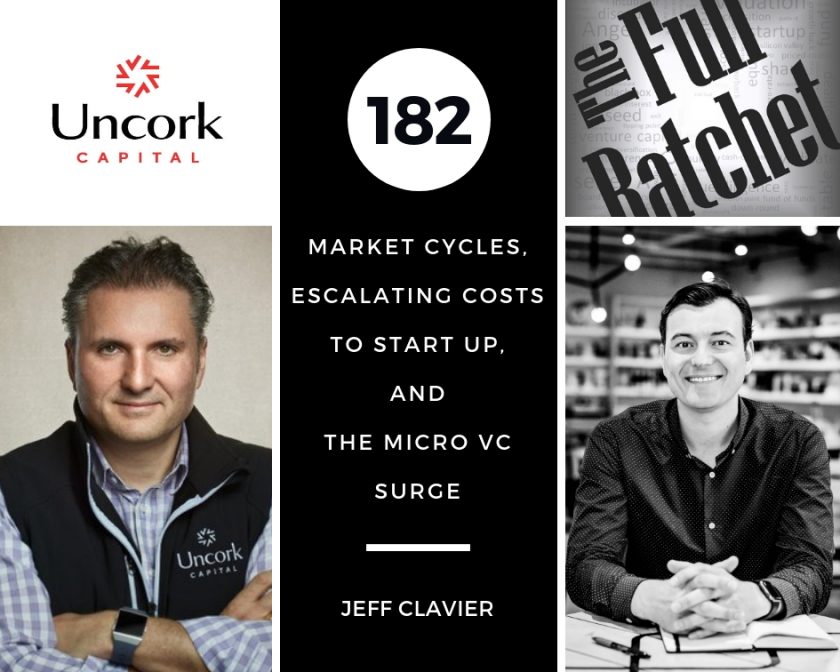 Jeff Clavier of Uncork Capital joins Nick to discuss Market Cycles, Escalating Costs to Start Up, and the Micro VC Surge. In this episode, we cover: