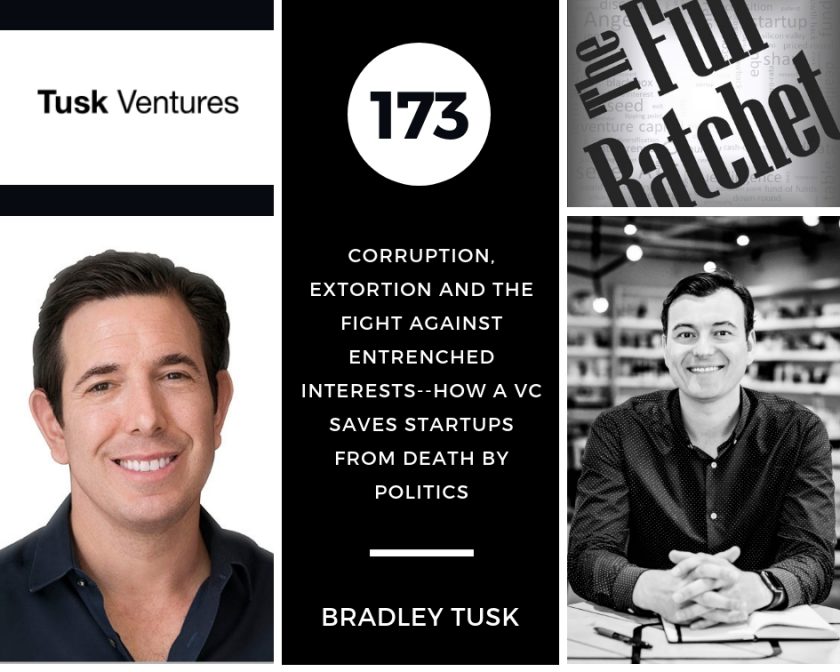 Bradley Tusk of Tusk Ventures joins Nick to discuss Corruption, Extortion and the Fight Against Entrenched Interests– How a VC Saves Startups from Death by Politics. In this episode, we cover: