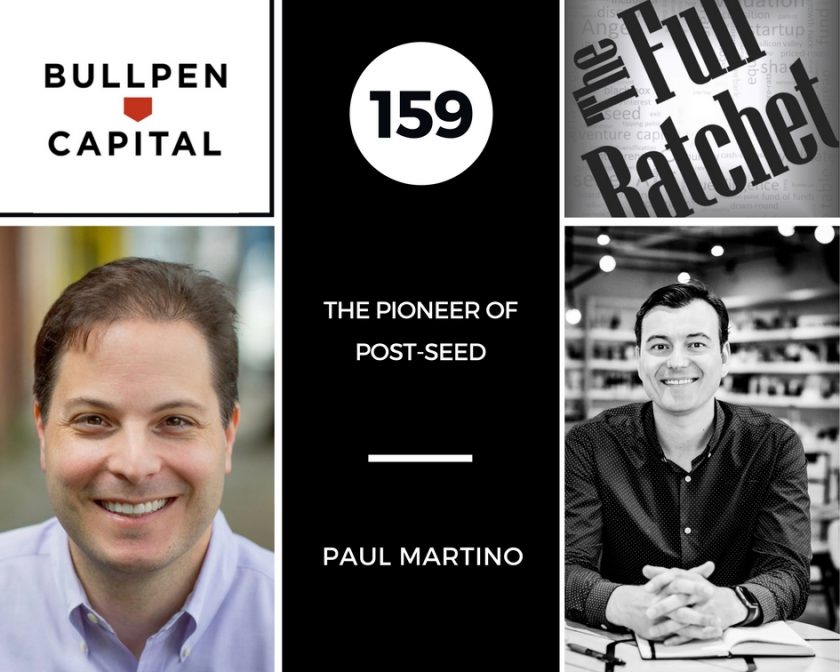 Paul Martino of Bullpen Capital joins us today to discuss the emergence of the Post-Seed Round.  In the interview, we cover: